“ The Committee is a story that needs to be known. Many people don't realize that our state had its own version of McCarthyism and that students and teachers were victims of a misguided "witch hunt." This powerful documentary tells that story. As a documentary producer, I applaud the way in which The Committee tells this story. ”

“ The Committee is a compelling, often quite moving, cautionary tale about the perils of political extremism, even as it captures the changing course of LGBT history over the past half-century. It deserves a wide audience. ”

- Stacy Braukman, author of Communists and Perverts under the Palms: The Johns Committee in Florida, 1956-1965

Fifty years ago, Florida’s Legislative Investigative Committee, led by Senator Charley Johns sought to remove homosexuals from Florida's state universities. As a result of the “Johns Committee’s” efforts, more than 200 gay and lesbian students and teachers were expelled or fired. Featuring two of the victims and one interrogator, the film exposes the committee’s subversive activities and how its effects are still felt today.

The film traces the committee's origins in the era of McCarthyism and anti-gay propaganda while detailing the personal stories of those intimately involved with its activities.

In fall 2011, professors Robert Cassanello and Lisa Mills taught an Advanced Documentary Workshop class at the University of Central Florida. This interdisciplinary seminar was a cooperative effort between the History Department and the film program in the School of Visual Arts and Design.

The students, with backgrounds in English, accounting, journalism, computer engineering, art, and radio/TV production, were assigned into production teams where they would best be able to use their abilities.

Students were required to read And They Were Wonderful Teachers, a book by Karen Graves, Ph.D., about the Johns Committee’s persecution of public school teachers. The class also watched the only documentary previously made on the subject, Allyson Beutke’s Behind Closed Doors: The Dark Legacy of the Johns Committee.

The class sought out interviews with experts who could speak with authority on the Johns Committee or the current state of LGBTQ affairs in the state of Florida. Interviews were conducted with members of the Florida public school system, survivors of the Johns Committee, a retired police officer who worked with the committee, and former Florida governor and retired U.S. Senator Bob Graham. Students also interviewed Judith Poucher, Ph.D., who recently released her book State of Defiance: Challenging the Johns Committee's Assault on Civil Liberties. Not all materials collected were included in the resulting new documentary about the Johns Committee.

Documentary filmmaker and video producer Aaron Hosé, representing the UCF Center for Distributed Learning (CDL), was brought onto the project as Producer and Supervising Editor. He would assist Dr. Cassanello and Dr. Mills in guiding the students through the various technical and creative facets of the film's post-production and marketing phases. In the spring of 2012, the film began screening in film festivals in Florida and over the next two years it screened in festivals all over the world, winning many competitions, prizes, and awards. The students who made the film graduated, but stayed in touch with Cassanello and Mills about the film’s success.

Same-sex marriage became legal in Florida in January, 2015. Efforts to revise the ending of the film began shortly thereafter and WUSF-TV in Tampa agreed to pitch the film to the American Public Television Exchange for national distribution. Cassanello, Mills, Hosé and their former students launched a fundraising campaign to cover the cost of licensing images and music in the film. On June 1, 2016 the film will be released to more than 70 local public television stations via APT.

WUCF-TV is now streaming The Committee for FREE on their website! Feel free to share it around. 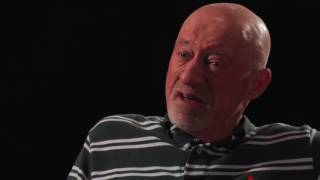 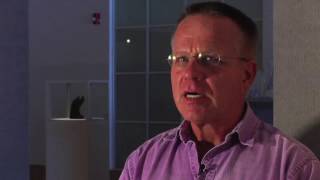 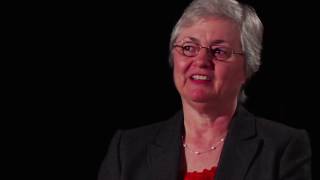 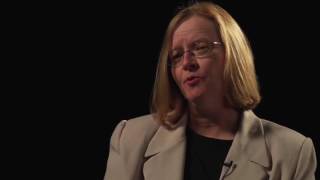 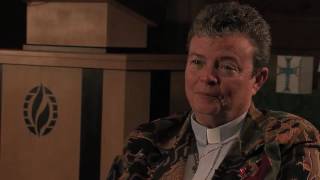 The following people and organizations have made the public television broadcast of our film possible through their generous contributions.

(in order of appearance)

Produced and Directed by

Produced and Edited by

Archive Footage and Photos Courtesy of

This film was a collaborative effort of the

Beginning in June 2016, the film will be broadcast on more than 70 local public television stations through the American Public Television Exchange, via presenting station WUSF-TV. The broadcast version of the film is significantly different from the film festival version, in that it highlights USF’s role in bringing media attention to the Johns Committee, ultimately causing the committee’s downfall. The broadcast version also updates viewers on same-sex marriage in Florida.

Check your local listings for air dates and times. Here is a partial list of stations that will air The Committee. If you do not see your local station listed here, we urge you to contact them and ask them to air this film.

We would like to thank the following individuals without whose advice and assistance the broadcast version of this film could never have happened:

For information about screening the film as an individual, in a classroom setting or for your organization, please complete the following form and we'll be back in touch soon.

Have you watched the film on your local PBS station?  We'd love to read your comments.

Send questions and comments to Lisa.Mills@ucf.edu.